UN warns hunger is expected to rise in 23 global hotspots 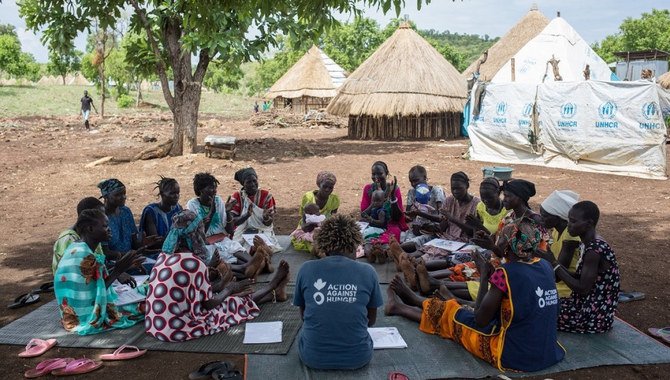 The Food and Agriculture Organization and World Food Program said in a new report on “Hunger Hotspots” between August and November that “acute food insecurity is likely to further deteriorate.”

They put Ethiopia at the top of the list, saying the number of people facing starvation and death is expected to rise to 401,000 — the highest number since the 2011 famine in Somalia — if humanitarian aid isn’t provided quickly.

In southern Madagascar, which has been hit by the worst drought in the past 40 years, pests affecting staple crops, and rising food prices — 14,000 people are expected to be pushed into “catastrophic” acute food insecurity marked by starvation and death by September. And that number is expected to double by the end of the year with 28,000 people needing urgent help, the two agencies said.

In a report in May, 16 organizations including FAO and WFP said at least 155 million people faced acute hunger in 2020, including 133,000 who needed urgent food to prevent widespread death from starvation, a 20 million increase from 2019.

“Acute hunger is increasing not only in scale but also severity,” FAO and WFP said in Friday’s report. “Overall, over 41 million people worldwide are now at risk of falling into famine or famine-like conditions, unless they receive immediate life and livelihood-saving assistance.”

The two Rome-based agencies called for urgent humanitarian action to save lives in the 23 hotspots, saying help is especially critical in the five highest alert places to prevent famine and death.

“These deteriorating trends are mostly driven by conflict dynamics, as well as the impacts of the COVID-19 pandemic,” they said. “These include food price spikes, movement restrictions that limit market and pastoralists activities alike, rising inflation, decreased purchasing power, and an early and prolonged lean season” for crops.

FAO and WFP said South Sudan, Yemen and Nigeria remain at the highest alert level, joined for the first time by Ethiopia because of Tigray and southern Madagascar.

In South Sudan, they said, “famine was most likely happening in parts of Pibor county between October and November 2020, and was expected to continue in the absence of sustained and timely humanitarian assistance” while two other areas remain at risk of famine.

“In Yemen, the risk of more people facing famine-like conditions may have been contained, but gains remain extremely fragile,” the UN agencies said. “In Nigeria, populations in conflict-affected areas in the northeast may be at risk of reaching catastrophic food insecurity levels.”

Six countries have been added to the hotspot list since the agencies’ March report — Chad, Colombia, North Korea, Myanmar, Kenya and Nicaragua, it said. Three other countries also facing acute food insecurity are Somalia, Guatemala and Niger, while Venezuela wasn’t included due to lack of recent data, it said.

In Afghanistan, FAO and WFP said 3.5 million people are expected to face the second-highest level of food insecurity, characterized by acute malnutrition and deaths, from June to November. They said the withdrawal of US and NATO forces as early as August could lead to escalating violence, additional displaced people and difficulties in distributing humanitarian assistance.

In reclusive North Korea, which is under tough UN sanctions, the agencies said “concerns are mounting over the food security situation … due to strained access and the potential impact of trade limitations, which may lead to food gaps.” While data is “extremely limited,” they said recent figures from the country’s Central Bureau o Stations and an FAO analysis “highlight a worrying cereal deficit.”